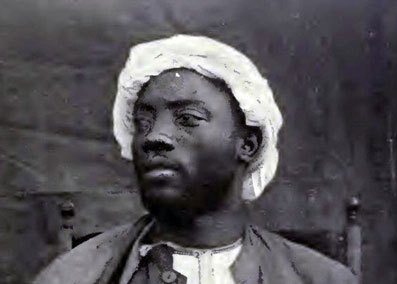 King Mwanga II of Buganda, who reportedly had sexual relations with men. (Photo courtesy of Sebaspace)

At least 21 cultural varieties of same-sex relationships have long been part of traditional African life, as demonstrated in a report  that was designed to dispel the confusion and lies that surrounded Uganda’s Anti-Homosexuality Bill of 2014 (which has since been overturned).

The following discussion and the 21 examples are from that report, “Expanded Criminalisation of Homosexuality in Uganda: A Flawed Narrative / Empirical evidence and strategic alternatives from an African perspective,” which was prepared by Sexual Minorities Uganda:

In their work anthropologists Stephen Murray and Will Roscoe provide wide‐ranging evidence in support of the fact that throughout Africa”s history, homosexuality has been a ‘‘consistent and logical feature of African societies and belief systems.”

Thabo Msibi of the University of Kwazulu‐Natal documents many examples in Africa of same-sex desire being accommodated within pre-colonial rule.”

The work of Stephen O. Murray and Will Roscoe is cited in the new report by Sexual Minotrities Uganda on traditional forms of homosexuality in African cultures.

Drawing on anthropological studies of the pre-colonial and colonial eras, it is possible to document a vast array of same-sex practises and diverse understandings of gender across the entire continent.

In the 1600s in the Kingdom of Motapa in southern Africa (labeled “Monomotapa” on this map), Christian missionaries encountered cross-dressing men known as chibadi.

This is by no means an exhaustive list. Given the overwhelming evidence of pre-colonial same-sex relations which continued into the colonial and post-colonial eras, as well as historical evidence of diverse understandings of gender identity, it is clear that homosexuality is no more ‘‘alien” to Africa than it is to any other part of the world.

As stated by Murray and Roscoe: Numerous reports also indicate that in the highly sex-segregated societies of Africa, homosexual behaviour and relationships were not uncommon among peers, both male and female, especially in the years before heterosexual marriage. These kinds of relations were identified with specific terms and were to varying degrees institutionalized.

What the colonisers imposed on Africa was not homosexuality “but rather intolerance of it — and systems of surveillance and regulation for suppressing it.”